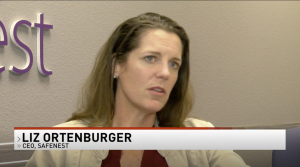 LAS VEGAS (KSNV) — Domestic violence is an ongoing problem across the valley.

Just in the past two weeks, there have been at least three deadly incidents including a mother who police say was beaten to death by her husband.

“There’s nothing more frustrating for an officer than responding to a house over and over again and seeing that cycle of domestic violence escalate,” said Liz Ortenburger, CEO of SafeNest.

It started up in LVMPD’s Northwest Area Command, which saw a decrease in domestic-related murders.

“They went from six the prior year, and then the first year we were active, they had only one,” Ortenburger said.

It’s now in the Bolden and Spring Valley Area Commands and is on its way to the Northeast, but help is needed.

“So, we are looking for folks who are comfortable in that space who can make a difference to our victims of domestic violence,” she said.

The hope is to expand the program to other parts of the valley and decrease the number of domestic-related murders.

Right now, there is also a need for volunteers who are bilingual.

On Thursday, May 22, 2019, SafeNest is having a volunteer orientation. To learn more, click here.