Get Help Donate Now Events How To Help Crisis Services What is Domestic Violence?

We’re looking for everyday heroes in our community who inspire with life stories that spark hope for SafeNest’s Pathways to Hope children and teens navigating difficult family circumstances.

SafeNest is kicking off the new year with a call to action for local HOPE Heroes and we need your help! We’re looking for everyday heroes in our community who inspire with life stories that spark hope for SafeNest’s Pathways to Hope children and teens navigating difficult family circumstances.

SafeNest’s Pathways to Hope initiative seeks to break the cycle of abuse by focusing on the next generation. Youth programs include Camp HOPE, Coaching Boys into Men, and Athletes as leaders.

When Kevin was 19 years old, his whole life came to a stop. He stood on a sidewalk not too far from his home in California, completely frozen, thinking about the abuse and terrible things that had happened when he was a little boy, before he was adopted by his parents.  And now he was battling a mental illness called bipolar disorder.

He was having negative feelings and felt like he was losing control. He was convinced that no one cared about him, even knowing deep down that it wasn’t true. How could things that happened so long ago still hurt so bad?

Kevin attempted suicide to stop the constant negative thoughts. And that very moment, he immediately regretted it. He began to remember the good in his life, the kindness of friends, the care of his adoptive parents—all the things that the negative thoughts were trying to overshadow. Thankfully, he survived and that changed his life forever.

With a second chance, Kevin began to battle against his struggles with support from family, friends, and therapy. He finally knew why he was alive and what his purpose was. It was possible for the pain of his past to be healed and for the brightness of the future to fill him with joy and hope.

He knew that there were others like him out there that needed help. Kevin pushed forward toward a brighter future. He made a choice to never again let his harmful thoughts become his actions. He understood that even though he couldn’t control every thought in his head, they didn’t have to control him. Kevin had an opportunity to tell middle school students his story. He had no idea what a difference it would make for them or the path it would set him on. After sharing his story, the students wrote letters to Kevin about the impact he had on them. This sparked a new dream for him. He now travels the world telling his inspirational story to thousands of people every year. Kevin still battles the pain of his past, but he lives each day with the dream to give others hope.

Thank you to our sponsor for making this possible! 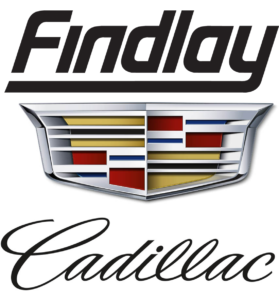